Texas make a very welcome return with their exhilarating new album ‘Hi’, flexing their rock soul muscle with 12-14 tracks that easily rank amongst the best of their stellar career. Scotland’s finest, Texas are a band in their prime, fuelled by the swagger of their recent acclaimed collaboration with the Wu-Tang Clan.

Click on the photo to go to the Texas webstore!

Hot on the heels of the original album hitting #2 on the UK album chart last year, enduring pop legends Steps return with What The Future Holds Pt. 2. Spanning 15 tracks, the album includes 10 brand-new unheard songs plus special acoustic versions of previous singles from the album. The new album also includes the revamped single mix of Heartbreak In This City, featuring Primetime Emmy Award winner Michelle Visage, which hit #1 on the UK iTunes chart earlier this month and sees the band perform with Michelle on The Graham Norton Show tonight.

The original What The Future Holds Pt. 1 album went Silver within the first month of its release and was the most downloaded album in the UK over the Christmas period. The five-piece will also be heading on their sure-to-be epic What The Future Holds Tour in November, headlining 18 arena shows across the UK including two dates at London’s The O2 and will be joined by the brilliant Sophie Ellis-Bextor as a special guest.Launching during the halcyon days of pop in 1997 with their line-dancing classic 5,6,7,8, Brit award winners Steps set about re-turfing the music landscape via 14 UK top 10 singles and three multi-platinum albums in three years including #1’s Tragedy and Stomp. Fast forward twenty years, the band returned with the mighty Tears On The Dancefloor, which hit #1 on the physical and iTunes album charts and went Gold within a matter of weeks, becoming the biggest-selling independent album of 2017 behind Stormzy. 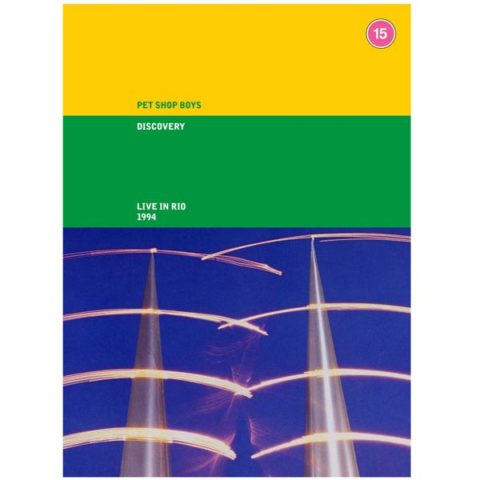 First time on DVD and CD for 1994 concert film

The Pet Shop Boys‘ concert film, Discovery: Live in Rio 1994, will be released as a 2CD+DVD set in April.

The concert film marked the Pet Shop Boys first visit to Brazil at the end of 1994, and was issued on VHS and laserdisc in 1995.

The set list includes classic hits including ‘West End Girls’, ‘Suburbia’, ‘Being Boring’, ‘Go West’, ‘Rent’ and ‘Always On My Mind’, as well some interesting covers, including a rendition of Blur’s ‘Girls and Boys’ (which the Pet Shop Boys remixed at the time of release).

The show was filmed by Brazilian director Roberto Berliner with a local TV crew in December 1994 in front of an enthusiastic Rio audience. It was shot on SD video, so to “keep the integrity of the original” the decision was made to restore and present the concert in its native SD format on DVD, rather than upscaling to HD for Blu-ray.

A new booklet features candid on-tour photographs, an interview by Chris Heath conducted during tour rehearsals and an exclusive on-tour diary by Neil Tennant. This release marks the debut of this set on CD as well as DVD. There is no vinyl edition.