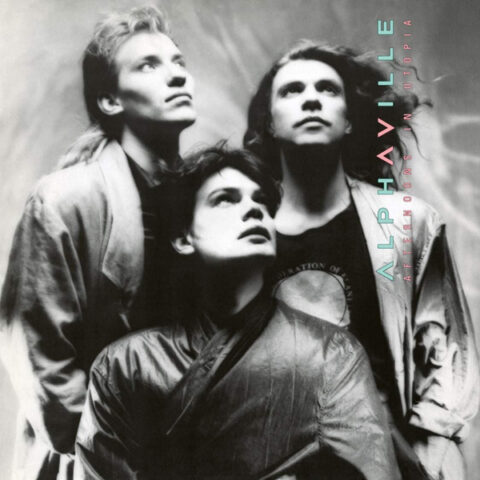 Remastered and expanded • Songlines film on DVD
Alphaville will reissue their second and third albums Afternoons In Utopia and The Breathtaking Blue in May, both with remastered audio and bonus material.

Afternoons in Utopia was issued in 1986, two years after the success of their debut album Forever Young. It features the singles ‘Dance With Me’, ‘Universal Daddy’ and ‘Jerusalem’.

These reissues have been personally supervised by Alphaville founding members Marian Gold and Bernhard Lloyd and for the two-CD deluxe edition of Afternoons in Utopia, the 13-track album is remastered on CD 1, while CD 2 offers 14 remastered B-sides, 12-inch and seven-inch remixes, demos and a rare live version of the single ‘Dance With Me’. It comes with a 20-page booklet. 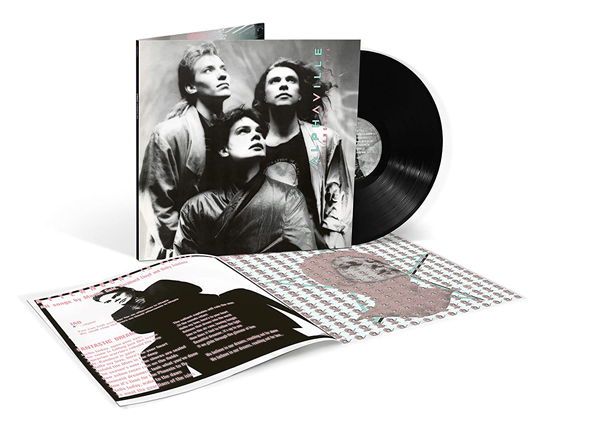 While the gatefold vinyl edition offers just the remastered album, it’s worth pointing out that this does come with a 24-page large format booklet. This features archive photos and a new interview with Bernhard Lloyd and producer Peter Walsh.

The band’s third studio album, The Breathtaking Blue was co-produced by Klaus Schulze (briefly a member of Tangerine Dream in the late 1960s) and released in 1989. It features the singles ‘Romeos’, ‘Summer Rain’ and ‘Mysteries of Love’.

Rather like Eurythmics’ 1987 album Savage, Alphaville produced a video album, Songlines, which saw them commission short films from nine directors for each of the album tracks. The video for the song ‘Middle of the Riddle’ actually won an Oscar (!) for Best Animated Short Film in 1990 (it was renamed as ‘Balance’). Unlike Eurythmics, Alphaville have included this longform video as part of the album reissue. Even better, it was shot on 35mm film, so it now looks fantastic. The audio for the film is remastered as well, with the correct edits (where used) in place. Songlines has only ever been available commercially in Germany, on VHS or laserdisc.

This means that the deluxe CD edition for The Breathtaking Blue is a 2CD+DVD set, with disc two featuring remixes, B-sides and demos and the third disc features the Songlines film. As a bonus the DVD also includes the CD-Graphics which came with the original CD (The Breathtaking Blue was one of the first albums to include this on CD).

Vinyl fans don’t miss out on the visuals, since the remastered vinyl version of The Breathtaking Blue comes with the DVD as well. Like Afternoons in Utopia, the vinyl is a gatefold and comes with a large format 24-page booklet. Both vinyl reissues are 180g pressings.

The Afternoons in Utopia and The Breathtaking Blue reissues will be released on 7 May 2021, via Rhino.