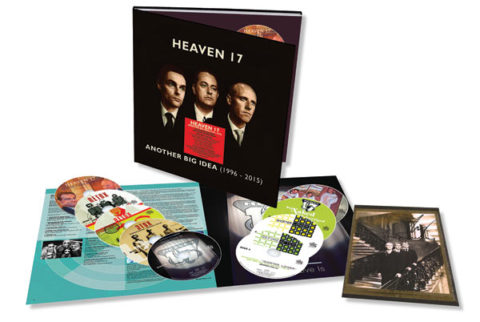 The Associates were leading lights of the NEW POP movement from the early 1980’s. Hailing from Dundee on the east coast of Scotland, the band signed to Fiction Records before spells working with and recording for both Situation Two and WEA Records.

Disc One features the 10 original album tracks plus four instrumentals that were included on the original cassette release of the album. These bonus tracks are appearing on CD for the first time.

Kim Wilde's first three classic albums 'Kim Wilde', 'Select' and 'Catch As Catch Can' will be reissued on Cherry Pop on 31st January!

Each album is being presented as a plush 2CD+DVD expanded gatefold wallet boasting a raft of previously unissued tracks and new remixes, as well as new coloured vinyl editions. All of the tracks have been remastered from fresh transfers of the original analogue tapes. All of the new and previously unheard material has been given the blessing of Kim Wilde  herself. Additionally, each package includes lyrics, rare photos and memorabilia plus new sleeve notes written by Kim Wilde expert Marcel Rijs.

It marks the start of a fantastic 2020 ahead for Kim Wilde with her Greatest Hits Tour on the way later on in the year!

Find out more and reserve your copies here.