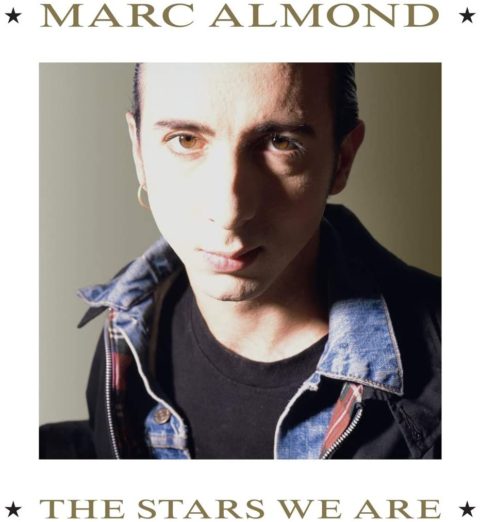 Cherry Red will reissue Marc Almond‘s 1988 album The Stars We Are in January next year.

Almond’s fourth album featured the singles ‘Tears Run Rings’, ‘Bitter-Sweet’ and most notably his cover of Gene Pitney’s ‘Something’s Gotten Hold Of My Heart’. The duet version of that song with Gene Pitney was of course an enormous hit, reaching number one in the UK for four weeks in early 1989.

The 2CD+DVD reissue features the album, B-sides, remixes and promo videos. CD 1 features the album and the original two CD bonus tracks (‘The Frost Comes Tomorrow’ and ‘Kept Boy’). Interestingly, the reissue doesn’t maintain the solo version of ‘Something’s Gotten Hold Of My Heart’ (which was what was on the original album) but switches it for the duet ‘hit’ version, with the solo version relegated to CD 2. The first disc is completed with B-sides ‘Everything I Wanted Love To Be’, ‘King of The Fools’ and ‘Real Evil’.

CD 2 features “all known” extended and remix versions of the album tracks and the DVD (which is PAL, region 0) collects all six promo videos including the Tim Pope-directed ‘Bitter-Sweet’ and the alternate U.S. version video of ‘Tears Run Rings’ as directed by Peter ‘Sleazy’ Christopherson.

The packaging is one of those soft-pak ‘capacity wallets’. It comes with a 36-page booklet featuring sleeve notes and lyrics.

In addition to the 2CD+DVD set there is an expanded 2LP vinyl package with the bonus LP offering the CD bonus tracks and B-sides along with a few key remixes.

This expanded reissue of The Stars We Are will be released on 22 January 2021.